Welcome to the Groundswell Grappling Camp in Playa Venao, Panama! This camp is Co-ed and Family friendly as well as the perfect opportunity to take a family surf trip to one of best beaches in Central America for surfing. Playa Venao is known as one of the country’s most consistent beach breaks and offers ideal conditions for new surfers to build solid foundations in a safe environment. Located right on the beach in front ofthe waves, Beach Break Surf Camp has clean, comfortable, beachfront rooms as well as a brand-new fitness facility with over 80m2 mat space and fully equipped strength and conditioning room. Your hosts, Professors Emily Kwok, Hannette Staack, and Gezary Matuda are looking forward to bringing their decades worth of experience, insights, and wisdom to your jiu-jitsu game. They invite you to spend 5 perfect days in Panama surfing, training, relaxing, and sharing unforgettable moments with new friends and family.

Spend an entire week getting to know Ricardo here at Beach Break Surf Camp. Daily surfing right out our front door at one of Panama’s most renown and consistent beach breaks, plus 2 day trips to other local breaks.

To confirm your space there is a 30% non-refundable deposit.
For Group and Family Pricing please Contact Us.

To confirm your space there is a $500 non-refundable deposit.
Spaces are limited!

to reserve your space

Gezary Matuda Bandeira was born on the 12th of July, 1983 in Curitiba, state of Paraná – Brazil. Her martial arts life started at the age of 15 through Capoeira. Two years later she added Muay Thai to her training, influenced by her brother who was a thai-boxer at the time. Gezary spent many years training, and it was through her Muay Thai coach that she found Jiu Jitsu in 2004. Her striking coach believed she should add some ground work to her training regime, as a result Matuda became a student of BJJ coach, Carlos ‘Penão’ Alexandre Conceição (a black belt under Carlson Gracie).

In Jiu Jitsu, on the other hand, she started competing with less then a month of training. This competitive facet of BJJ really captivated Gezary who became more and more a Jiu Jitsu fan, relegating the striking game. ‘Penão’ awarded Gezary all her belts from white to purple, after which Matuda moved to the United States with her husband. There she sought out coach Ricardo Liborio and his American Top Team. It was there that Gezary earned her brown and later her black belt (on July 2012) after winning the world championship. 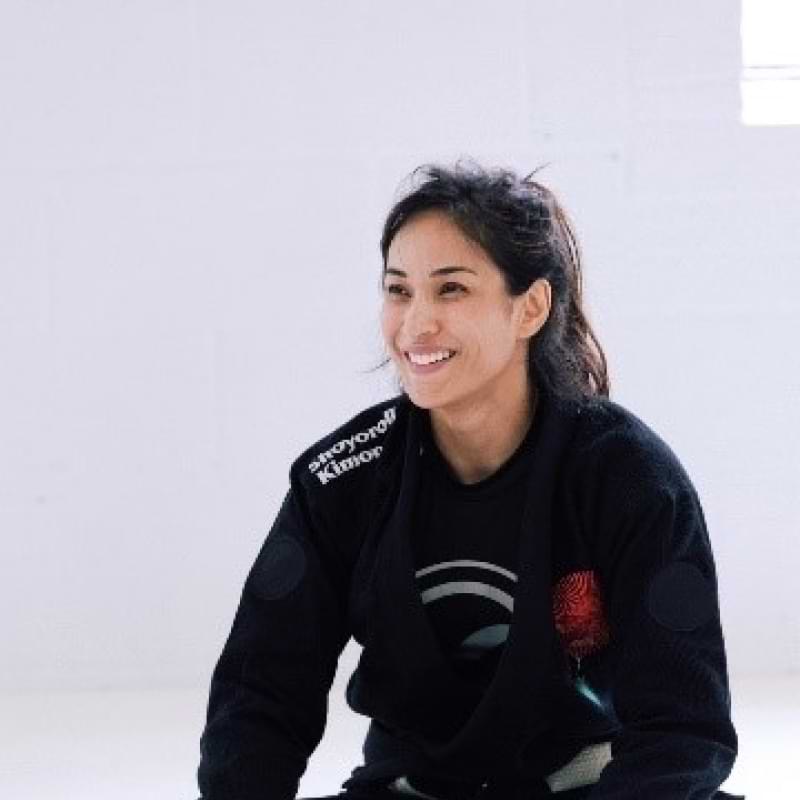 Emily Kwok is a multiple time IBJJF World Champion, MMA Veteran, co-owner and co-head instructor of Princeton Braziiian Jiu Jitsu, co-founder of Groundswell Grappling Concepts, featured instructor on the classic, “How to Defeat the Bigger, Stronger Opponent” series with Stephan Kesting, peak performance consultant and freelance writer. She is widely regarded as an early pioneer of the BJJ scene in North America, being one of the first females to rise to prominence as the sport expanded around the world.

Training and competing since 2000 in BJJ, she has won numerous BJJ titles throughout Canada, Japan and the United States. She is also an early veteran of women’s MMA, having fought amateur and pro in the legendary all female promotion, SMACKGIRL. Emily has extensive experience directing small to large martial arts schools in addition to strategizing and organizing seminars and camps throughout the USA. Additionally, she is an independent coach and consultant, co-owner, teacher and mentor at Princeton BJJ, touring the world conducting seminars. 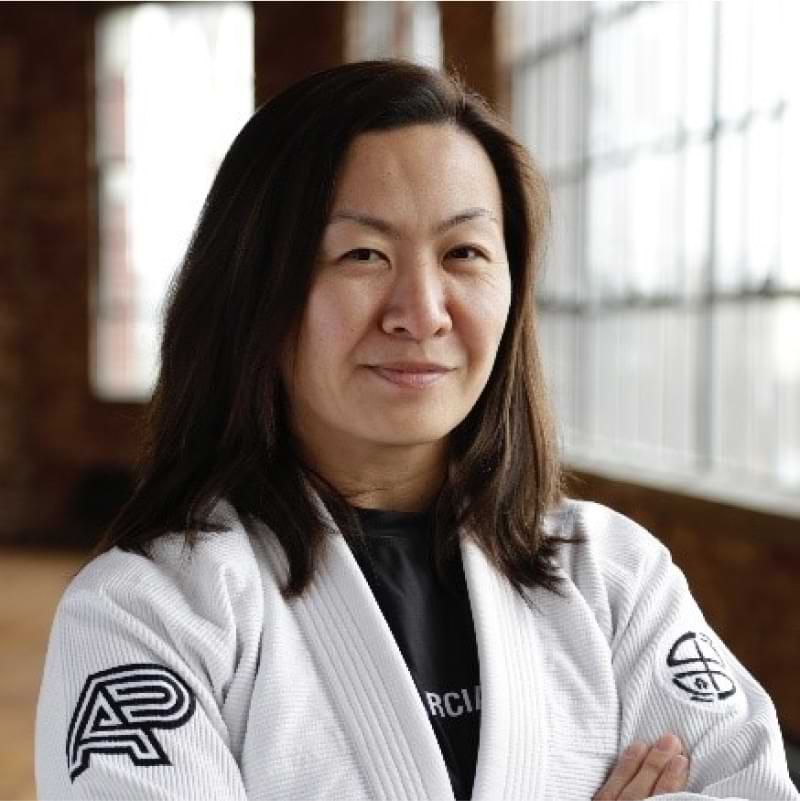 Hannette began her jiu jitsu training when she was 18 years old with “Professor” Fernando Cruz and Master Flavio Figueiredo. At the time when Hannette Staack started training with Terencio, she was still a very “raw” purple belt, with not much more then a good knowledge of the basics and ton of willpower. It was coach Andre that started to refine her training and her technique. Hannette’s first big moment came in 2002, when after five fights she won her first world championship in the women’s purple/brown/black belt combined division. Since then Hannette has fought every World Championship, taking seven gold medals home in and establishing herself as one of the most tenacious and talented female grapplers in the history of jiu jitsu.

Her goal is empower other women through Brazilian Jiu-Jitsu, because as the sport helped her to become a better person, she wants other people to know as experience this Life time changing sport. She has been working non-stop, developing BJJ programs to help other women, who suffered some type of abuse or feel week and not capable of accomplishing anything to recover their self- confidence and get empowered by BJJ. 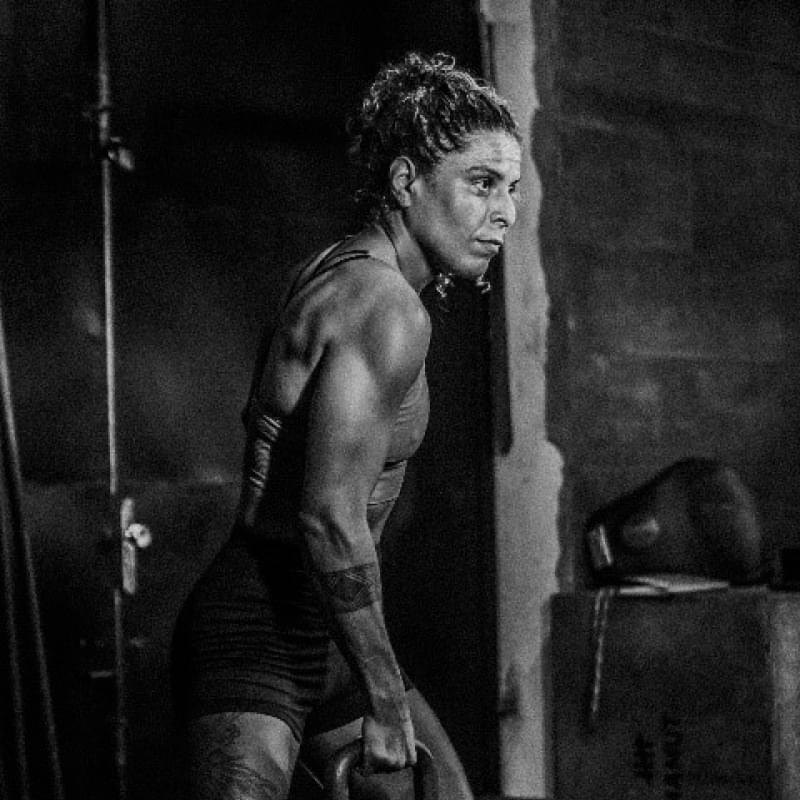 Have some questions? Here’s our FAQ

How do I get there?

Panama is an international flight hub with many flights offered to Tocumen International Airport (PTY) just outside of Panama City. From there we will pick you up in private, air-conditioned shuttles and drive the 5 hours through beautiful Panamanian countryside, stopping along the way to enjoy some local food and arriving in Playa Venao.

While I’m doing BJJ or Surfing, will there be childcare?

Yes! We will have professional, local nanny’s here to help with childcare while parents are surfing, training, or even just relaxing!

Do I need experience to join this camp?

No experience necessary in either surfing or jiu-jitsu is necessary to join this camp! In fact, we encourage you to try to step out there and try something new. This is a great opportunity to do it!

Any other recommendations while planning this trip?

Some people have found they enjoy spending an extra night in Panama City before leaving. You can stay a night at an airport hotel to break up the travel and make things easy before flying out the next day, or you could book a place in the “old town” of Casco Viejo to sightsee and enjoy a nice dinner. Either way, your round-trip ground transportation is included in the price and will drop you off where you’d like to. 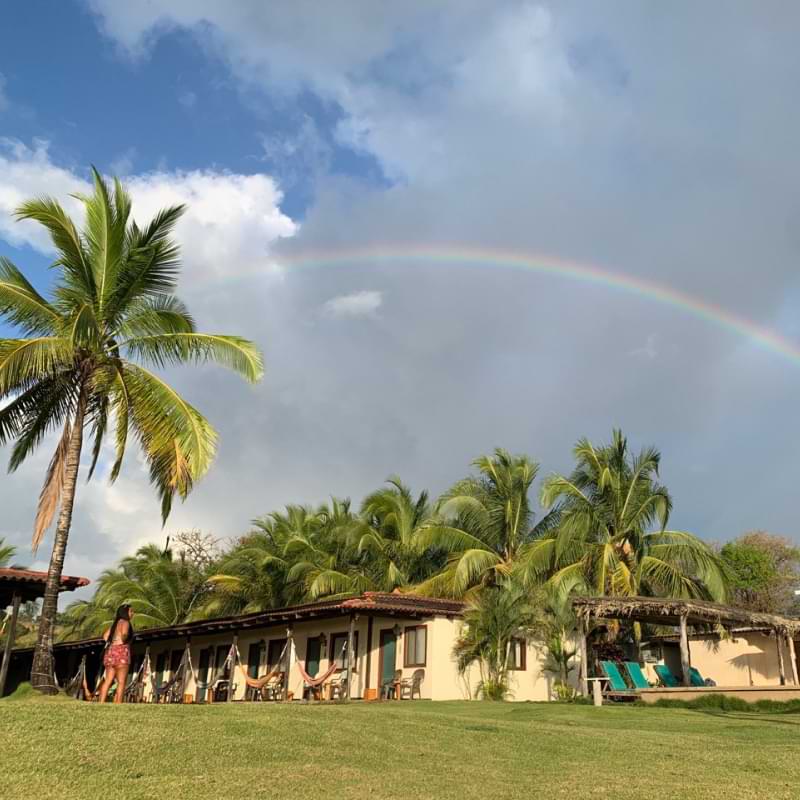